Alzheimer’s in Cape Coral can be a scary disease because not much is known about it. We may understand some of the symptoms, but many risk factors, causes, and management are mostly speculation. Science does show that the problem of Alzheimer’s lies somewhere within the brain, and some doctors have even dubbed Alzheimer’s “diabetes of the brain.” Having a loved one diagnosed with Alzheimer’s can be devastating, but as science is advancing, so is the hope for those with Alzheimer’s. Further research has shown that chiropractic care can be incredibly beneficial for those who suffer from Alzheimer’s. You can find out more about the amazing benefits of upper cervical chiropractic care when you visit a Cape Coral chiropractor.

Who Does Alzheimer’s Effect in Cape Coral?

Scientists believe that Alzheimer’s can be either genetic or extrinsic, but one thing they do know is it seems to affect the elderly more than anyone else. Statistics show that 5 million people over the age of 65 are suffering from Alzheimer’s, and sadly, it is also the sixth leading cause of death. Signs and symptoms of Alzheimer’s can include loss of memory, erratic behavior, or problems with thinking abilities. With such an increase in Alzheimer’s over the past few decades, it’s no wonder scientists are devoting countless hours and much research to finding a cure. Despite this, however, the only treatment options include things that are thought to slow down the progression of the disease but not completely stop it. This is a step in the right direction, however. Upper cervical chiropractic care from Dr. Omar Clark is one of the methods that many have turned to help slow down the progression of Alzheimer’s and improve the overall quality of life for the ones they love.

How Can a Cape Coral Chiropractor Help?

Upper cervical chiropractic care focuses on improving the function of the central nervous system, which includes the brain and spinal cord. Because we know that Alzheimer’s is a problem that lies within the brain, focusing on the central nervous system is a great place to start. What scientists have found through their studies is that in many Alzheimer’s patients, there is a lack of nutrients to the brain, specifical glucose. This lack of nutrients to the brain could be made worse because of spinal misalignments or it could even be caused by misalignments. These misalignments, also known as subluxations, disrupt nerve communication between the brain and the spinal cord which can lead to all kinds of dysfunction within the body, including depriving the brain of necessary nutrients.

When you make an appointment at Experience Family Chiropractic in Cape Coral, Dr. Omar Clark will examine the spine to locate spinal misalignments, gently adjust the spine to correct any misalignments found, and help restore the central nervous system function. The brain will then be able to receive the nutrients it needs, which can positively affect the symptoms of Alzheimer’s. Not only that, but it can also improve other parts of life, such as mobility, joint function, balance, digestion, and other issues that many of the elderly struggle with.

For more information about how upper cervical chiropractic care can help your loved one suffering from Alzheimer’s, contact Dr. Clark and his team at Experience Family Chiropractic today. 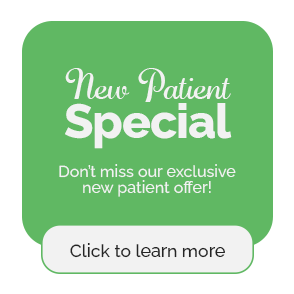